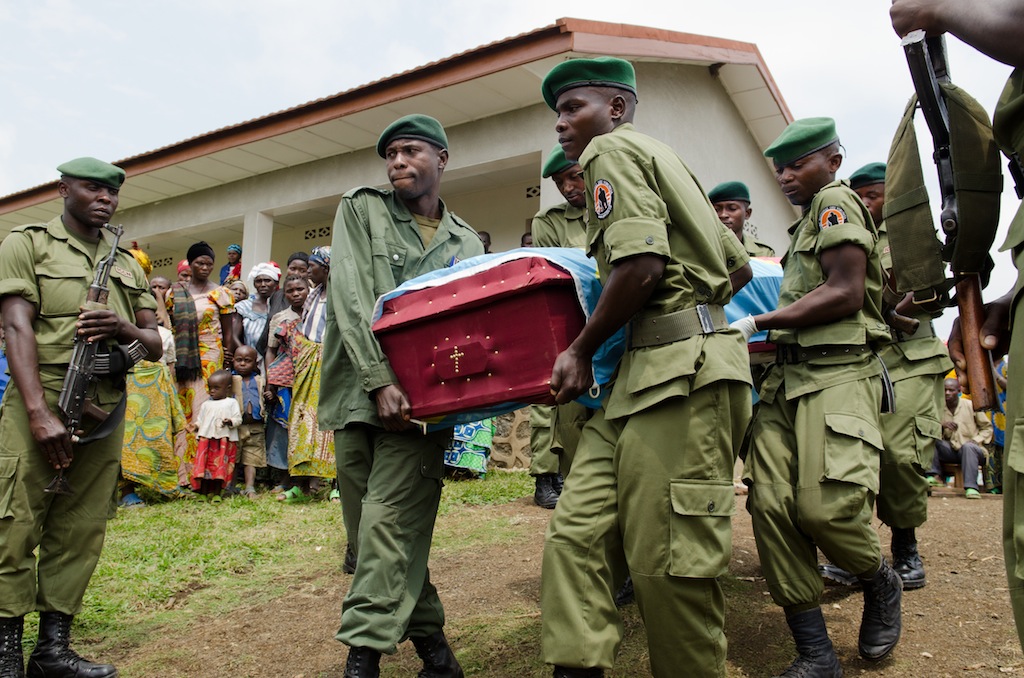 One of the world’s most treasures, Virunga National Park, was on 24th of April 2020 attacked by armed groups of people. The Park in the eastern Democratic Republic of Congo is one of the only four Mountain Gorilla refuges on the planet, earth, and it annually receives an elephantine number of tourists (gorilla enthusiasts) who go there to enjoy the one hour stay with the mountain gorillas in their natural habitats, and at a very close range.

However, due to the dolefulness situation of corona virus pandemic, the Park was temporarily closed as a way of safeguarding these precious animals (mountain gorillas) which are susceptible to most of human infections reason being we share almost 98% of DNA with them. Meanwhile, we are sad to inform you that the Park protecting one of the most touristic things in Africa like the endangered mountain gorillas, Nyiragongo volcano, Nyamuragira volcano and others experienced a significant attack.

This attack occurred on 24th April 2020 near the village of Rumangabo and it resulted into substantial loss of life – over 12 people, including Park Rangers, Virunga employees, and civilians. At this time, however, all available information indicates that this was an attack on the local civilians and the Virunga Rangers weren’t really the target of the assault, but lost their lives responding to the attack in defense of the local population.

According to the Virunga Park, it of course admitted how devastating that day was to the Park itself as well as the surrounding communities but claiming it was a developing situation and until the facts of the incident are verified, it respectfully requested that speculation and misinformation should be avoided. The Park also bullishly promised not to release further information regarding the identities of those that had sadly lost their lives not until their families get informed and also specific details regarding the attack are certainly confirmed.

Virunga Park lastly sent its condolences to the families and friends of all the victims as well as wishing a quick recovery to those who were injured and still fighting for their lives.

The news for this devastating story, about the attack of the Park, was published by the Park itself via its official site, on 24th/April/2020 and our thoughts are with Virunga National Park as well as everyone who was greatly affected by this ravage attack.

Nevertheless, when normalcy gets back in the world, after corona virus is no more, don’t forget to visit Virunga National Park for memorable and cheapest mountain gorilla excursions. Booking for a mountain gorilla expedition in Virunga can be done direct through the Virunga Park itself or via the specialists and trusted tour operators like Eco tours Congo and others.

A close-up interaction with the endangered mountain gorillas in their natural habitats is really very memorable and so priceless!!!! A gorilla permit in the Democratic Republic of Congo is the cheapest in the world, costing only US$ 400. DR Congo is also the only country protecting both the lowland gorillas and endangered mountain gorillas; so in visiting Virunga to trek the mountain gorillas, you can also opt to do double gorilla trekking by visiting Kahuzi-Biega National Park to trek the eastern lowland gorillas as well, for a greater knowledge and experience in gorilla safaris.